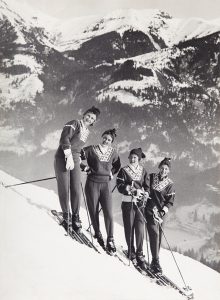 Major factors that should be considered when caring for houseplants are moisture, light, soil mixture, temperature, humidity, fertilizers, potting, and pest control. The following includes some general guidelines for houseplant care. For specific houseplant needs, the tags that sometimes come with plants are notoriously unhelpful and generic. Specific care information may be found widely online and in books.

A PART OF NORWEGIAN CULTURE
Norwegians are said to “be born with skis on their feet”. During long winters with snow, skiing has not only been popular for sport and fun, but it is also used to travel to areas where no vehicles can drive. It is no surprise that skiing is the national sport in Norway and that ski athletes are the true heroes. Since Dale of Norway is an integral part of Norwegian history and culture, the cooperation with the National Ski Association is a natural fit.

THE OLYMPIC WOOL
This made the Dale of Norway sweaters even more exclusive.